Late in the spring of 1953, on June 16th, fifty-seven people from Castel Rocchero gathered in front of a notary each to invest 1,000 precious liras of those times in the project of a vinery Tower. 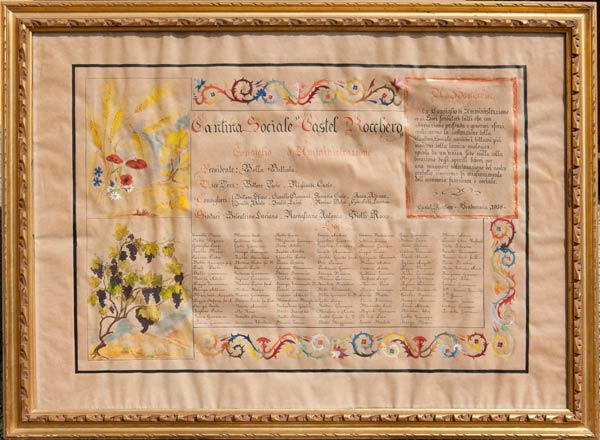 They were “driven by a single faith in the collaboration of free spirits,” as the scroll commemorating the first harvest tells us, “for a fuller utilization of our wine, synonymous with the improvement in the family and social economy.”

A vision of the common good that would have seen the small village growing and developing thanks to their experience in cultivating the land, coupled with the pioneering faith placed in the latest enological theories.

Just a few weeks before two climbers, the New Zealander Edmund Hillary and the Sherpa Tenzing Norgay, had conquered the highest peak in the world, Mount Everest. Even in Castel Rocchero there was a desire to point upwards: they decided to build a five floored vinery tower, in the center of the municipality, where members would have gathered all of their efforts and their grapes to produce the best wines of the area.

They excavated an entire hill. The whole village was present at the laying of the foundation stone: the mayor, the parish priest and those children, who once grown up, would have worked in that unmistakable structure.

The first harvest took place in 1956. For more than half a century, with no stops, they continued to work to get the wines of Castel Rocchero in the glasses of the old continent and from 2015 also on the American tables. 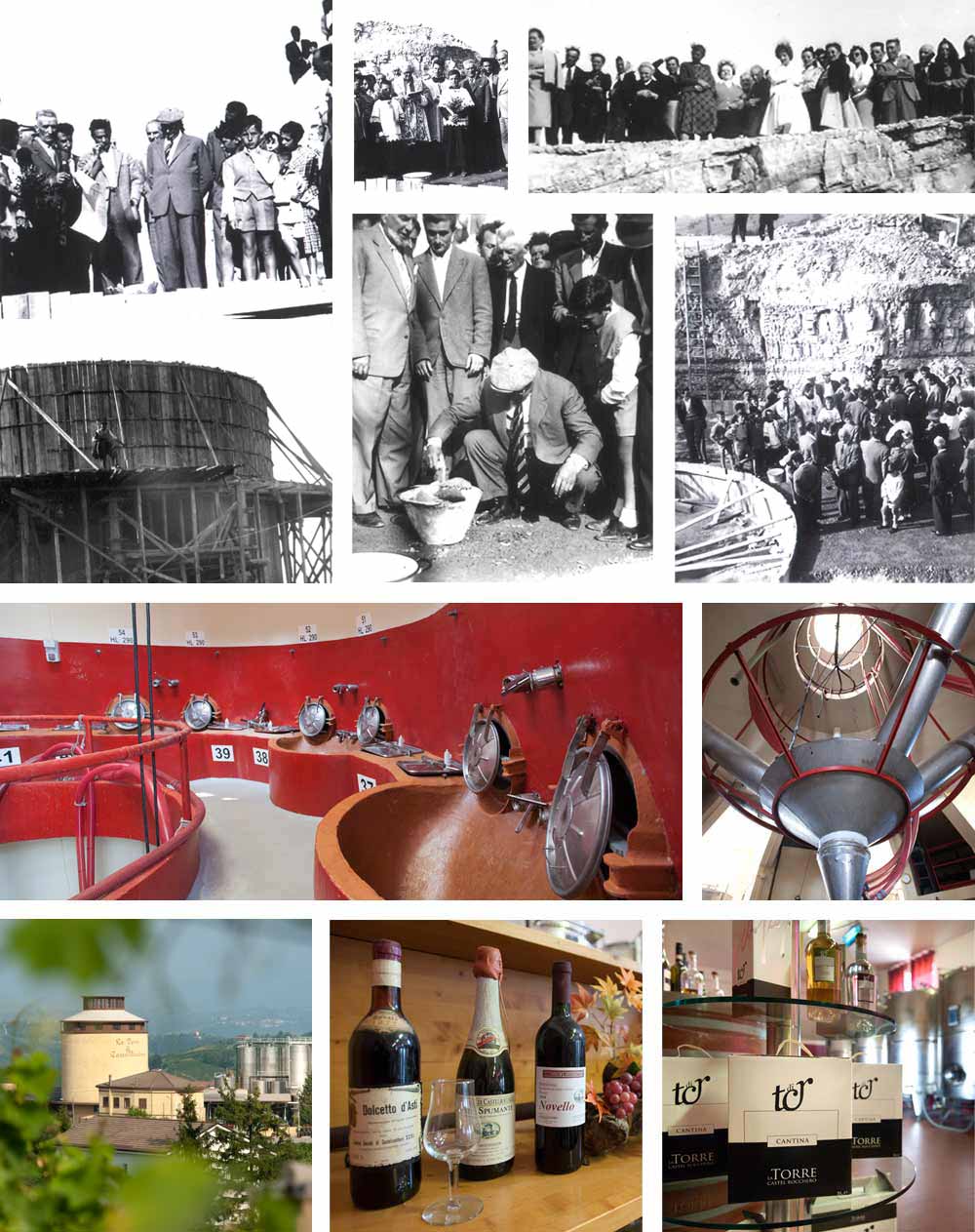