The Vinery Tower, symbol of La Torre di Castel Rocchero, is an integral part of our name and still remains the heart of our winery. 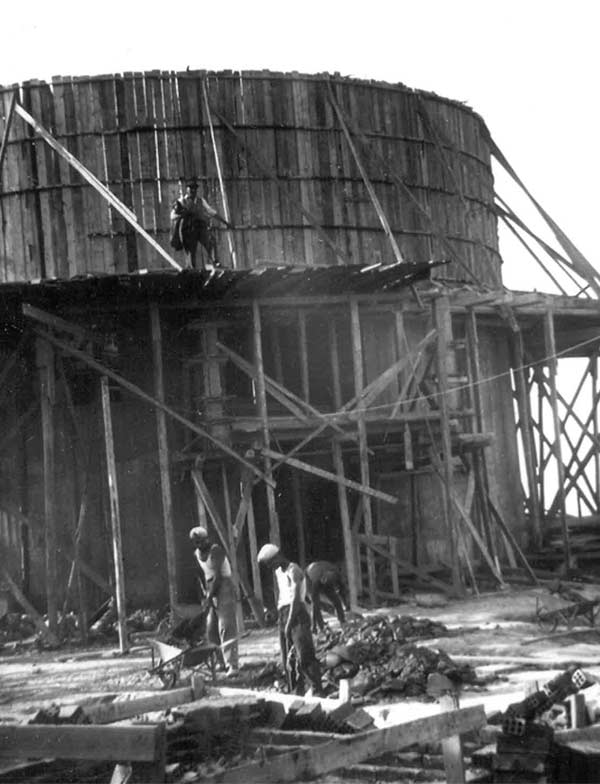 Going up the 108 steps, the 360-degrees panorama that opens to tourists and curious’ eyes is breathtaking: from the smooth flowing of the hills belonging to Astisan Langa, your gaze wanders till the snow-capped Alps in the clear days.

It was designed in 1953, by Emilio Sernagiotto.

Sernagiotto, born in Santa Maria della Versa,on the hills of Oltrepo Pavese, on July 13th 1925, had a full and eclectic life.

He spent his childhood and youth in Casteggio where his father ran the Local Social Winery and then founded with his brother Raphael the Sernagiotto Spa, a manufacture of wine-making machines, water treatment plants and diesel engines passed later to the Ansaldo multinational group. 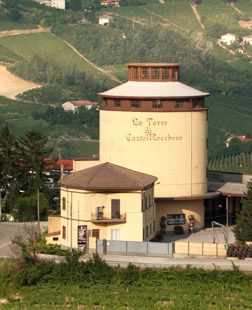 In between the mid-sixties and early seventies he held several positions, becoming president of AEI (Italian Association of Enotechnicians), vice president of the Union International des Oenologues in France, Onav (Italian National Order of wine tasters) and editor of “The Enotecnico” magazine.

He was also a founder and honorary member of AIS (Italian Sommelier Association) and an academic from AIVV (Italian Academy of Vine and Wine). He developed and patented the process of thermo-vinification, making it available for all Italian wineries: a system that allowed a great innovation. Among his passions you can also list the flight, so much to be appointed president of the Aeroclub of Voghera.

Emilio Sernagiotto has died in Voghera in 2004.